Panzer Dragoon is an on-rails 3D shooter that was originally released in 1995 for the Sega Saturn. Since then, there have been many advancements in the look and feel of video games, and the most recent release of Panzer Dragoon Remake takes full advantage of these improvements. Admittedly, I never played the original back in 1995, but I have seen it being played and there are noticeable differences prominently in the visual department. This game looks much better than its source material, yet the game doesn’t deviate too far from what made the original so good.

The story is rather weird and after playing it all the way through, I can’t say that I understand what it’s all about. The focal point of my confusion is in the presence of a giant tower that you, for some reason, must stop a dark dragon from reaching? I don’t really know and I don’t really care. This game is awesome despite its shortcomings in its narrative. I was incredibly confused right from the onset, and I don’t even have much desire to delve deeper into the lore of the game; primarily because the game doesn’t even really need a story.

This remake totes incredible, fast-paced action that is bound to captivate anyone. Those new to the series, like I was, will find a great amount of enjoyment in shooting down robots and dragons. This game serves to fill a hole that was left in my heart after the last entry of Star Fox. The gameplay is very similar, mostly reminiscent of the refined mechanics on display in Star Fox 64. There is one key difference that I believe elevates it to an even greater status than the fox’s adventure. I’m talking about the feature that allows you to pivot in your seat to view not just ahead of you, but to your left and right flanks, as well as behind you. This allows for more control on the otherwise straight and narrow path that is all too common for on-rail shooters. It is paired with a radar system that will indicate at what angle the enemies are flying in at.

While for the most part the gameplay is quite intuitive if you are familiar with the genre, I never even realized this feature existed until the third episode, and a tutorial section would have been a welcome addition. That being said, for veterans of the game, there is no slow-down. You can jump right into the action without having to bear through any unnecessary guidance that could otherwise poison the quick, pick-up and play atmosphere the game emits. It’s an absolute blast to jump in and out of as you wish, but also holds up as an experience if you want to beat it in one sitting. And it assuredly can be beaten in one sitting. With only 6 episodes under its belt, the game is very short. Of course, this is a reflection of the times in which it was developed in, but a little more content for this remake would have been amazing, and definitely would have set it apart from the original Saturn release.

And yet again I must confess something; I am no good at these kinds of shooters, so I chose to play through it on the easiest difficulty, still managing to die every once in a while. Therefore, I have not beaten it on harder difficulties, and upon doing so perhaps there is extra hidden content. I just don’t have the skills to achieve such feats and may never know if there are extras. The remake is still rather new and all the information about it has yet to surface, so until then, I will be practicing and honing my skills gradually as I replay it.

And this is where the game truly shines. There is so much replay value for this game. Much like with Star Fox 64, I feel compelled to jump back to the start of the game, always trying to achieve better and better scores. I managed to score an 95% hit rating in one episode and it made me feel like a king. As you get better, you will begin to learn the flight patterns of many of the enemies and be able to take them down quickly with little to no effort. These feelings of great accomplishment after beating your previous score is so rewarding that it is entices the player to keep replaying the game over and over for the sake of perfection. I can see myself jumping in and out of this game for a long time after publishing this review, that is how immensely captivating the core gameplay is.

This may be my favorite stealth drop Nintendo has ever put on the eShop and is well worth the price of admission at a mere $30 Canadian. I still have a lot of gaming ahead of me with this title and you will too. Can’t recommend this enough, not just for veterans of the original, but for anyone looking for a solid on-rails shooter. 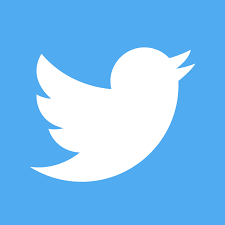